Peter and Eric update you on the latest election fraud news in this week’s episode of The Drill Down. Also, our research leads us to the probable origin of one of the best movie lines from the 1984 movie, “This Is Spinal Tap.”

October is election season. Campaigning and early voting are already proceeding across the nation, absentee ballots are in the mail. Sprouting yard signs answer falling leaves along suburban streets and byways. And election fraud news is breaking.

Last week in Pennsylvania, a disgraced former congressman was sentenced to 30 months in prison for committing election fraud aimed at helping Democratic candidates. Former Rep. Michael “Ozzie” Myers pleaded guilty to “frequently stuffing ballots, conspiring to illegally vote in a federal election and deprive civil rights, voting records falsification, and bribery in favor of Democratic candidates, according to a Department of Justice press release. He carried out the schemes in Pennsylvania during the 2014, 2015, 2016, 2017 and 2018 elections,” according to the US Department of Justice.

Ozzie Myers is a real piece of work. He was expelled from the House of Representatives back in 1980 and spent three years in prison after his conviction for taking a bribe in the FBI’s Abscam sting operation. After prison, he started his own political consulting firm in Philadelphia, where he was paid by various Democratic clients for his aid and advice.

That “advice” apparently included paying off election judges in the city to stuff ballots for his clients. Two others have been convicted in connection with the schemes. Myers “used his position, knowledge of the process, and connections to fix elections for his preferred candidates, which demonstrates a truly flagrant disregard for the laws which govern our elections,” a Justice Department release said. “He will now spend 30 months in prison as penalty for his crimes.” 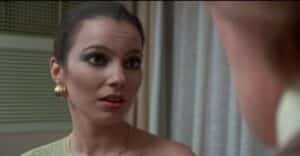 It gets better. According to a 1980 House of Representatives’ report on the Abscam sting, federal agents posing as wealthy Saudi and Kuwaiti oil sheiks recorded Myers joyfully accepting their bribe offers with the immortal words, “money talks in this business, and bullshit walks.” A slightly pithier version of this eternal wisdom would find its way into the 1984 rockumentary spoof film, “This Is Spinal Tap.”

Eric’s 2018 book, called Fraud, offers a history of election fraud in the US, and a deep look at the present state of election security at that time. Absentee ballots have always been a source of election fraud because they are hard to trace, and rules can vary for authenticating them. That problem reared its head in 2020 as states enacted hasty regulations making absentee voting easier, which many states have since rescinded or tightened.

The problem affects both parties. Jason Schofield, the Republican Board of Elections commissioner of Rensselaer County in New York, was arraigned in September on an indictment charging him with unlawfully using the names and dates of birth of voters to fraudulently apply for absentee ballots for 2021 elections in his county, prosecutors said in a news release.

In New Jersey last week, a state Superior Court judge rejected Alex Mendez’s attempt to argue that the criminal election fraud charges against him stem from a “political witch hunt” orchestrated by Paterson Mayor Andre Sayegh. Mendez is accused of breaking New Jersey’s laws on voter registration and mail-in ballots during Paterson’s May 2020 elections for the 3rd Ward council seat. He was charged less than two months after the election.

Eric reported in his 2018 book previous research by the Government Accountability Institute, which showed that 2,100 votes were cast in Florida in the 2016 election that matched duplicate voters in other states.

The integrity of the ballot matters and, by their very nature, absentee ballots offer the best chance of gaming the system. This is why so many crooked politicians have tried to exploit them.

Still, it’s important to remain focused on the facts, and not just complain about the problem. Peter says, “I worry that conservatives are starting to do with election fraud what the left has done with crying racism. It can’t be that every time your candidate loses narrowly, that ‘It’s voter fraud,’ the same way the Left trots out “It’s racism,” because people will start rolling their eyes to even legitimate instances of voter fraud.”