Who doesn’t like free food? Nobody, that’s who. But when the government gives away money to feed needy people, some of it ends up buying carts full of gold, and even supporting terrorists overseas. hosts Peter Schweizer and Eric Eggers detail criminal waste in the federal government’s food programs on this week’s episode of The Drill Down.

Federal prosecutors recently charged 48 people in Minneapolis for their roles in the alleged embezzlement of more than $250 million from government programs intended to feed low-income Somali immigrant families, in the largest case of COVID pandemic fraud in the nation. 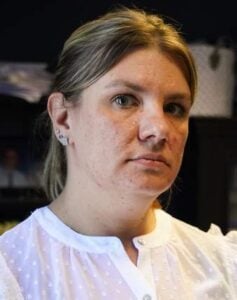 Aimee Bock, who ran a now shuttered nonprofit called “Feeding Our Future,” allegedly recruited dozens of individuals to open more than 200 food sites. Investigators allege that in a little over 20 months, these operations fraudulently reported providing more than 125 nonexistent million meals to children, according to news reports.

Law enforcement has seized 60 bank accounts, 14 vehicles, and 45 items valued at more than $50 million. These include eight pieces of property in Minnesota, Kentucky, and Ohio; seven cars, including a Porsche Macan and Tesla Model Y; bank accounts holding millions of dollars; jewelry, clothing, and even a Louis Vuitton duffle bag.

As Peter notes, it’s instructive to look at the funding history of this non-profit group. Feeding Our Future received $3.4 million in 2019 from the federal government for its efforts. That rose tenfold in 2020 to $43 million, and then to $198 million in FY 2021. Even allowing for the increased needs of people during the pandemic, was no one in the government paying attention?

According to the prosecutors, the defendants submitted false documentation, including fraudulent meal count sheets, false invoices for the purchase of food, fake attendance rosters purporting to list the names and ages of the children receiving meals at their sites. Those names were fake, concocted from a website called “listofrandomnames.com.”

In Los Angeles, sixteen people have been charged in what prosecutors called a massive Electronic Benefit Transfer fraud (EBT) fraud scheme that targeted funds intended for families in need. Authorities seized $130,000 in cash and more than 300 cloned EBT cards with an estimated value of $400,000, according to the DA’s Office.” Prosecutors say the private account information of California EBT card holders was stolen and used to create cloned EBT cards with the victims’ account information and withdraw large amounts of cash from those accounts at ATMs. That left legitimate card holders without funds in their accounts when they would later try to make purchases, according to the District Attorney’s Office.

The Government Accountability Institute (GAI) looked into the history of fraud in the SNAP (Food Stamp) program in 2018 and found some shocking things. Among GAI’s findings then:

As Peter says, the problem starts with a basic reflex politicians have when told of a new “crisis.” They throw money at it. There is no other way to explain how, for example, a sketchy nonprofit group in Minneapolis went from getting $3 a year to getting $148 million without asking whether anyone really cared if that money was getting where it was supposedly needed, or auditing the books of the group that, according to prosecutors, made up names using a computer program and claimed to be feeding fictitious hungry people while pocketing the cash.

The “public choice” theory of economics explains the dynamics here. Bureaucrats, like businesspeople everywhere, respond to incentives and will always work for their own benefit. When the government throws massive amounts of cash at problems, public choice theory says bureaucrats and non-government organizations will respond to incentives to work the angles, cutting corners, and will abuse the system unless they are caught doing it. As Peter says, “this is why watchdogs are so important.”