Is the Freedom of Speech on the Ballot?

Doesn’t the Department of Homeland Security have better things to do than police the various lies posted by users of Twitter?

DHS was created in the aftermath of 9/11, to better coordinate America’s defenses against terrorist attacks on the homeland – to promote cooperation among law enforcement agencies and fill in the gaps in domestic security. Yet, as the threat of attacks on the US from Al Qaeda and ISIS have receded, the department is in search of a new mission. It has gotten into the business of being “speech police.”

This actually began under the Trump administration when then-Secretary Kirstjen Nielsen “established the Countering Foreign Influence Task Force to focus on election infrastructure disinformation.” Between the 2016 and 2020 elections, this task force “engaged with stakeholders related to elections.”

On the latest episode of The Drill Down podcast, co-hosts Peter Schweizer and Eric Eggers take a look at the Biden administration’s expanding efforts to clamp down on speech they call either “misinformation,” or “disinformation,” or even “malinformation.”

As a new report from The Intercept puts it, “Behind closed doors, and through pressure on private platforms, the U.S. government has used its power to try to shape online discourse. According to meeting minutes and other records appended to a lawsuit filed by Missouri Attorney General Eric Schmitt, a Republican who is also running for Senate, discussions have ranged from the scale and scope of government intervention in online discourse to the mechanics of streamlining takedown requests for false or intentionally misleading information.”

Fans of The Drill Down know about GAI’s work concerning Hunter Biden and his business dealings with Chinese nationals connected to the Chinese Communist Party, its army, and its intelligence services. When the New York Post reported in October 2020 on the contents of the laptop computer reportedly owned by Hunter Biden, the story was actively suppressed by social media platforms, particularly by Twitter and Facebook.

The Intercept’s report found that the Department of Homeland Security (DHS) undertook an “expansive effort” to combat disinformation, misinformation, and malinformation in the United States, expanding its own reach beyond its original intent and purpose, primarily using its critical infrastructure directives. This has involved cooperation with social media companies, efforts to combat “inaccurate information” surrounding controversial political topics, and evidence of overt censorship of information like the Hunter Biden laptop story, which came out less than a month before the 2020 election.

The documents retrieved by The Intercept also show DHS efforts to coordinate with tech companies to remove disinformation from their platforms. As far as what the DHS considers disinformation, a draft copy of the 2022 Quadrennial Homeland Security Review indicates that “efficacy of the COVID-19 vaccines, racial justice, and the U.S. withdrawal from Afghanistan” are all targets of “inaccurate information.”

Is this what Americans want the DHS to be doing? Even granting that there are bad actors such as Russia, Iran, China, North Korea, and others who try to co-opt social media for propaganda purposes, there is no easily recognizable standard for defining “mis-,” “dis-,“ or “mal-“ information. The Cybersecurity and Infrastructure Security Agency (CISA) explains the difference this way:

These terms leave truck-sized loopholes for government bureaucrats to impose their censorship. What is “misleading” enough to bring on the CISA? What sort of “harm” might be actionable, according to a bureaucrat trying to fill a quota? And who is going to decide what “context” is necessary for speech to be protected.

This all flies in the face of the First Amendment, and shows what a fool’s errand this sort of speech policing is in the age of social media. 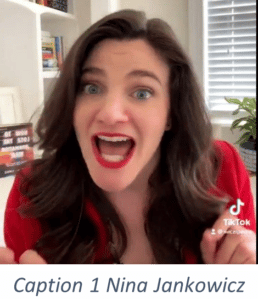 The Biden administration attempted to create a group within DHS called the Disinformation Governance Board (DGB), naming a woman named Nina Jankowicz as its head. Jankowicz was widely derided, readers may recall, for a ridiculous (though, it must be said, nicely sung!) parody song posted to her TikTok account about “Disinformation.” She subsequently left the DHS but is today an advisor to Joe Biden at the White House.

Nevertheless, according to the article in The Intercept the “DGB” idea apparently lives on, which Eric and Peter note sounds a little eerily like “KGB.” Just without the musical score Jankowicz provided.

Where the Teachers Unions Send Their Money