Committee Assignments and Rules For the New Congress

On the latest episode of The Drill Down podcast, former congressman Jason Chaffetz joins Peter and Eric to talk about what might happen next year if Republicans take over the House of Representatives.

Chaffetz, a Republican from Utah, was the chairman of the House Oversight Committee, which investigates what the executive branch does with the money Congress appropriates. And if the GOP takes over control of the House, as most observers expect, he offers a sneak peek of what House Republicans might do with control of that committee. Jason tells us it’s all up to the “rules package.” 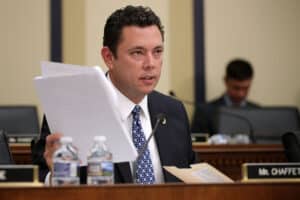 What does he mean? At the beginning of each new Congress, the majority party sets the rules for how committees

can operate, he explains. “This is done behind the scenes, but it determines how much power committee chairmen will have to issue subpoenas.” This is important because the more independent the chairmen of committees can be, the more power they will have to compel testimony from investigation targets their committees choose.

Chaffetz, who is a Fox News host and also a Distinguished Fellow of the Government Accountability Institute, offered a warning to the incoming GOP majority. He tells Peter and Eric that previous committees have focused too much on getting the “big fish” in front of them this way. The best route, Chaffetz learned, was to bring in people below the target and get them on the record before trying to confront the big fish.

Sometimes, Chaffetz noted, even that subpoena power is not enough. “I subpoenaed Bryan Pagliano, Hillary Clinton’s former IT guy, twice, and he ignored both of them.

As to what to watch for, Chaffetz noted that probable new House Speaker Kevin McCarthy (R-CA) has spoken of rescinding Biden’s plan to fund 87,000 new IRS agents. “He’s going to ‘starve the beast,’” Chaffetz predicts. He also expects Republican committees to look into a whole array of things, including the immigration issues at the US southern border and the actions of Homeland Security secretary Alejandro Mayorkas, and the Hunter Biden investigation.

Peter and Eric ask about the members of the committees. “Some of them don’t seem to be that well-versed in the substance of these issues.,” Peter notes. “Not every member of these committees seems up to the task.”

Not every member is up to it, Chaffetz agrees. “Some are former prosecutors… But hopefully those committees are populated with the right people… You don’t have to be an attorney. You just need to know how to ask some questions.”

Turning to the elections, Chaffetz was focused on the delays on processing votes in the states of Nevada, California, and Arizona. Those states have taken several days to conclude tabulating the results of close contests for Senate and Governor, and Chaffetz noted that the delays are largely because of those states’ rules around ballot “curing.” When absentee ballots come in with a missing or unmatching signature, or with some other critical piece of information missing, Democrats in those states are far more adept and aggressive about contacting voters to correct or verify their ballots than Republicans. In close races, that mobilization can make the difference.

To do that, the Democrats were able to mobilize groups like labor unions. “In a place like Nevada, they could go get the culinary union and say ‘All right everybody. Get over here. Now you got to go out and cure these ballots.’ And miraculously, they were turning these things in by the thousands.”

As an example of partisanship within the federal government, Chaffetz pointed to President Biden’s issuance of Executive Order 14019, which directs government agencies to get out the vote. Among its directions is this: “(C)  soliciting and facilitating approved, nonpartisan third-party organizations and state officials to provide voter registration services on agency premises.” [Emphasis added]

Chaffetz said, “What in the world does that mean?”

“Democrats were very focused on ballots, and Republicans were focused on votes,” Chaffetz says. “But balloting is a year-round obsession for the Democrats. Republicans just start worrying about it on Election Day.”

Is the Freedom of Speech on the Ballot?