Who is Really Responsible For The Historic Inflation?

Inflation has hit the Eggers household in a big way. Eric reports that this year’s family ham and champagne Easter dinner had to be downsized – to spam and box wine. Is this “Putin’s Price Hike” striking again?

The truth is that no one – even the most loyal Democrats – is buying that characterization of inflation by the Biden administration, according to pollsters. They don’t believe Russia’s invasion of Ukraine starting in February was to blame for the price hikes they have experienced for more than a year. On the latest episode of the Drill Down podcast, Peter Schweizer and co-host Eric Eggers  take on inflation and explain why the real rate is worse than the government is telling you.

To begin, government action here at home is what leads to inflation, not “Vlad the Inflater.” As Eric explains, 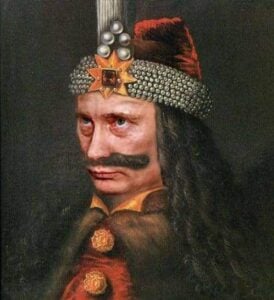 the Government Accountability Institute’s work focuses on “exploring incentive structures” to expose cronyism and corruption. Our political class lack the incentives to help get this problem under control. In fact, the status quo is often good for political stakeholders.

Peter and Eric break down the three big causes of today’s inflation, which government statistics report the Consumer Price Index (CPI) is up 8.5% annually. For the average American family, that means spending an extra $5,200 this year to maintain their current standard of living.

Peter believes the better number is the Producer Price Index, which measures the increase of costs that businesses pay for materials, supplies, and operational expenses. The PPI is up 11.2% which suggests we can expect more price hikes coming as businesses pass on those higher costs to consumers.

Let’s go back to the CPI for a minute. The 8.5% rate hasn’t happened in the US since the early 1980s, but the way the CPI is calculated has changed since then. Peter says the government reduced the importance of housing costs to the calculation. There is a group of statisticians that run a website called ShadowStats.com that calculate the rate of inflation using the same “basket” of goods and services as in 1980. Under the same measures as were used in 1980, inflation is really running at 17%. Eric notes that the last time America had inflation that high was 1947 as the US economy was still transitioning back to peacetime following the end of World War II.

What are primary causes of inflation? First, as Peter explains, a dramatic increase in the money supply. Recently, The DrillDown welcomed author/business journalist Chris Leonard to the show, who offered this mind-boggling statistic: 27% of all the dollars ever created have been put into circulation in the past two years. This is mainly through policies of the Federal Reserve, which through its actions can force more money into circulation. Combined with lower production stemming from pandemic lockdowns and accompanying supply chain problems, this leads to more money chasing fewer goods, the economist’s main definition of inflation. Print more money and you cheapen its value. If you water down milk, you don’t get more milk – you get watery milk. As Chris Leonard said, during the latter days of the Trump presidency the Fed printed three hundred years’ worth of money in two months. The amount in circulation rose from $4.5 trillion to $9 trillion. It hasn’t stopped.

Second, government debt has under the Biden administration risen to 136% of the US GDP. Biden’s budget is for $6 trillion next year. What’s scariest about that is that 65% of the budget is what’s called “mandatory spending,” for programs such as Medicare, Medicaid, COVID relief, and the SNAP (food stamp) program. Despite claims by the government that SNAP is efficient and well run, a 2018 GAI investigation of fraud in the SNAP program found lots of fraud. A recent report from NBC news found examples of massive fraud in the “Paycheck Protection Program” that total almost $579 billion. Government spending went wild during the pandemic, and fraudulent activity often happens when money flies around like pollen in Florida.

The third big cause is what has happened to the energy industry. In 2019 the US oil industry produced 12.29 million barrels of oil per day. By the end of 2021 that had fallen to 11.18 million barrels. One of the Biden administration’s first acts on assuming office was to cancel oil leases on federal land. By restricting the supply of domestic oil, you cause more demand for foreign oil, make petroleum products scarcer, and that raises prices. As Peter notes, the administration announced on Good Friday they it would offer some new leases, but at the same time raised the federal royalty payment, meaning that assuming and using those new leases is less profitable than staying with current leases.

Because of the Federal Reserve being such a potent force in the economy, even a change of control in Congress likely won’t have much effect on that first cause. Spending reductions don’t appear to be important to either political party, and prices for gasoline and other petroleum products remain one of the hardest and most complicated things to affect through even good policy choices.