Peter Schweizer’s new book, “Red Handed,” is No. 1 on the New York Times’ bestseller list for the second week in a row. It has done that with not one single mention of the book anywhere else in the Times, or on other big media platforms including ABC, NBC, CNN, MSNBC, and others. 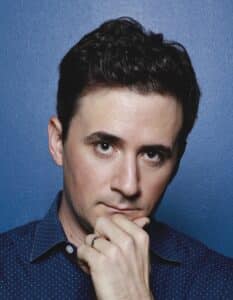 The corruption and increasing irrelevance of the mainstream press is the subject of the latest episode of the Drill Down podcast, with Peter and co-host Eric Eggers welcoming Alex Marlow of Breitbart News to the conversation. Marlow, author of “Breaking the News: Exposing the Establishment Media’s Hidden Deals and Secret Corruption,” says that the legacy media’s avoidance of the troubling revelations in Schweizer’s blockbuster book is a matter of self-interest.

“News conglomerates do not want to cover bad news about China, but it’s not because of a grand conspiracy theory,” Marlow explains, “it’s because they make so much money.”

In his own book, Alex singles out several media company heavy hitters for their complicated and in some cases compromised ties to Communist China. He devotes an entire chapter to former New York mayor Michael Bloomberg, whose financial news empire has made him $50 billion. “Bloomberg has the most access [in China] of any major media conglomerate, and it’s totally at the will of Beijing’s propagandists,” he tells Peter and Eric. “Bloomberg News has to extend its contract every two years, so he goes over there to kiss the ring.”

ABC News is owned by Disney, which makes huge amounts of money in China. NBC is part of NBCUniversal, which is owned by Comcast. They are not only the corporate sponsor of the “Genocide Games,” but day to day make money in China from Universal Studios and their theme parks there.

Even smaller media outlets like The Atlantic Monthly and Axios aren’t immune, Alex says. Both of those are owned by Laurene Powell Jobs, Steve Jobs’s widow, whose fortune came from Apple and Disney, two companies that owe a lot of their wealth to their business activities in China.

“It’s not about a conspiracy theory; it’s about following the money,” says Alex, adding that he learned to do that very thing from Peter.

Eric was blown away by the photograph of the Olympic ski slope in the middle of a “nuclear hellscape.” Alex chimes in that “it almost looks like the nuclear plant from The Simpsons right next to the downhill ski slope.”

He mentions some research from the Government Accountability Institute finding that NBC had teamed with TikTok for promotional push for the Olympic Games, and that advertising was the primary concern NBC had because of the boycotts and how they might present “challenging moments for sponsors.” NBC even teamed up with TikTok for its Olympic broadcast promotion, but the irony is that TikTok is banned in China.

Peter explains that the viewpoint of these large media conglomerates is that China is where their future growth will come from. The US is a mature market, but all the growth potential is in China, so this problem is not going away.”

Alex brings up the technology giants. Google and Apple have enormous control over what news is curated for you.” They don’t want to make the Chinese angry either, and for the same reasons.

“My theory is that TikTok is actually Chinese mind control,” Alex says. “It hits all those sweet spots. We are all addicted to screens, scrolling and scrolling. China doesn’t even allow its own people to do that.”

Peter asks, “What’s better for the future of our country and the intellectual ability of young people – to be reading books and articles or to be looking at six-second TikTok videos? … The Chinese don’t want young kids spending too much time on TikTok or playing video games. Notice that China recognizes the problems these technologies present.”

Eric mentions the actions of AT&T, the telecommunications giant that also owns CNN. Tucker Carlson of Fox News reported last year that AT&T was lobbying the US Commerce Department on behalf of China Telecom over a sanctions measure related to human rights violations by the Chinese.

“China doesn’t need to do its own lobbying because their American partners are prepared to do it for them,” Peter adds.

Alex responds that “the reason there’s a blackout on Peter’s book is that the book is powerful and will hold the powers-that-be accountable. They want that sweet, sweet cash.”

So, Peter asks, who is the worst of the big media outlets?

Alex replies that Comcast-owned NBCUniversal is guilty of “sportswashing” the Beijing Olympics. “It is so appalling. The only silver lining is to realize how badly this will age. Where some things age like a fine wine, this will age like a banana – It will become brown, stinky, and useless very quickly.”

It is hard to underestimate what ABC-Disney has done. They consistently act like throne-sniffers, he says. Apple is nearly as bad. Overall, he concludes, the worst offender is Bloomberg.

It amazes Peter and Eric that market dominators are doing this, not the upstarts. It is the companies that already have the most control and power that are the most egregious about kowtowing to Beijing.

Alex believes this mindset extends to the titans of big tech. “They have an obsession with dictatorship, a ‘god complex.’ These people who are so powerful became so from building virtual worlds where they (the programmers) rule all.”

So, Peter asks, what can be done about this? Alex offers three reforms. Republicans who oppose Chinese control of the media need to stop “feeding the beast,” by not giving news to the big corporate media outlets. He also believes there should be no lobbying on behalf of foreign governments allowed in the US, and we need to be diligent about identifying the companies that do it for them.

But in addition, the tech giants need to be held to account. “They are all beholden to China, they are the filters and curators of what information we consume, and that is a total catastrophe for this nation,” Alex said.

How Chinese Intelligence Leaders Use the Elite Class