When a former mob boss looks at the federal government and sees corruption, you listen up.

Michael Franzese was born into the Mafia as a second-generation member of the Colombo crime family. Called one of the biggest mob earners since Al Capone by Vanity Fair and featured in Fortune’s list of the fifty most powerful Mafia bosses, Michael left the mob life behind after meeting his wife and serving eight years of a ten-year prison sentence. He’s since become an author of several books and joins Peter and Eric on the latest episode of The Drill Down to discuss how the government has gotten more like his old life.

Mafia Democracy: How Our Republic Became a Mob Racket, Franzese’s latest book, takes a mob-eye view of national politics and career politicians today. He finds a lot of similarities in politics today with his old life and the Machiavellian code he once lived by.

Having been in organized crime, Michael brings certain 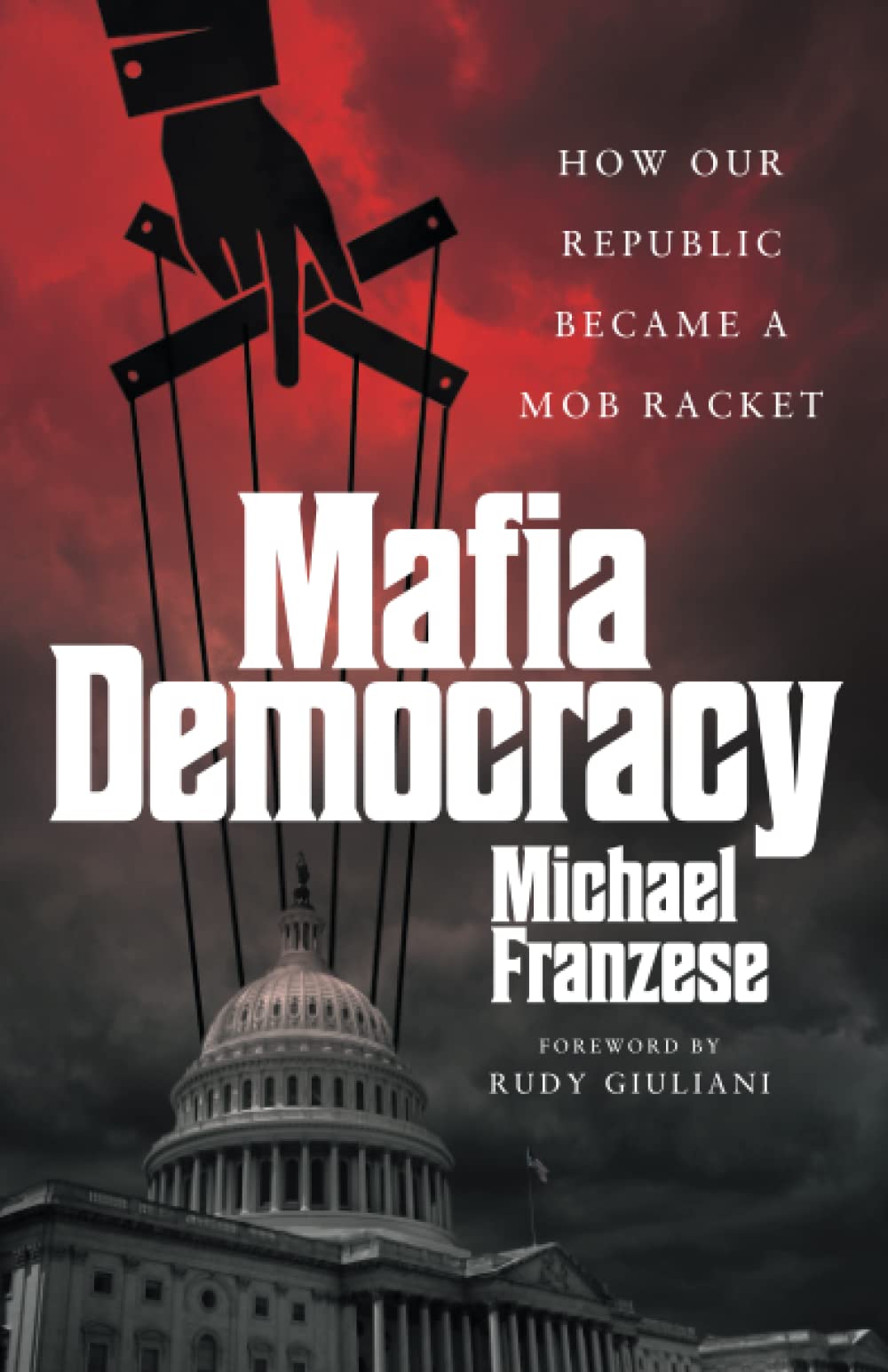 reflexes to the table, like spotting all the ways to make money. He sees a Capitol and White House filled with people who work the angles, make money for themselves, and ignore problems if there’s nothing in it for them.

“I’m just seeing so many comparisons, Peter,” Michael tells the hosts. “It’s all about power. It’s all about control and it’s all about money… I’ve lived under FBI investigations for over twenty years, but I’ve never seen it to this extent. I see the government acting exactly the same way. Very Machiavellian, yeah.”

Peter asks about another aspect: fear. Greater government power means “there are many ways the government can do something to you – harm you or harm your property. So, is the fact government’s gotten so big and powerful part of the problem?”

Michael answers, “I was in Europe for two months. I just got back about a week and a half ago and I had two speaking events. We always open it up for a Q-and-A afterwards, and so many people were concerned about the 87,000 new IRS agents that are being hired. They realize that these agents are going after middle class people to do audits and collect more money. And I was amazed that that was the major source of discussion. These were several hundred people in each group… Again, it’s overreach. It’s government power, it’s control, and it’s so obvious it really is.”

Eric asks about one of the Government Accountability Institute’s research focus areas, the net worth of members of Congress. “In 2018, we saw a 20% increase in the net worth of average members of Congress and then, by 2020, more than half of them had become millionaires for the first time ever. So… Do you feel like there’s a relationship there or when do you feel like this trend maybe hit a tipping point?”

“They go out as multimillionaires,” Michael says. “Obviously, that’s not happening on a government salary. There’s a system in place that they use, and they use it to their advantage. They don’t care about recessions or anything else and, you know, people don’t realize this. They don’t pay attention to it.”

“Machiavelli had this saying,” he goes on. “When he was advising his prince in the book (The Prince), he said you can do anything you need to do to maintain control. That’s the number one priority. You can lie. You can steal. You can cheat. You can even kill. But to the outside world, you must always appear to be upright, honest and having integrity.”

Michael Franzese supported President Donald Trump’s policies but had no illusions about Trump personally. “I tell people, listen, we’re not going out to dinner. He’s not dating my daughter. He’s not my best friend or my neighbor.”

So, what is a former Mafia boss most concerned about when he looks at the government today? America’s porous southern border and the fentanyl that is coming across it. Because it hit him personally.

“We had a tragedy very close to us. A young man took an Adderall that was laced with fentanyl. He didn’t know it. And, within five minutes he collapsed, and he was gone. A 24-year-old young man who was an athlete and everything else.”

After speaking to 850 undercover drug enforcement agents from Texas, someone drew Michael a picture of a block of fentanyl, about 18 inches square and two inches thick. “They said to me, ‘This block of fentanyl can kill the entire population of the world.’ Seven billion people. And they weren’t kidding around.”

“How could you allow this to happen? Even mob guys wouldn’t allow this to happen,” Michael says. “Most of this is being sent over to Mexico through China and then brought into the United States. Is it a plan that China has to weaken the United States? I don’t know. I mean, we can think different things, but the bottom line is we could stop it. We could really stop it and we’re not, and it’s getting worse.”

Facebook's Impact on our Elections